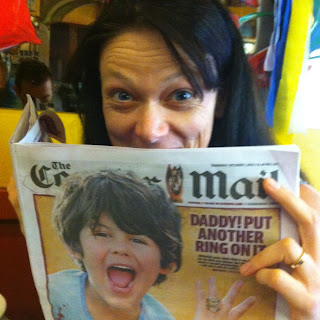 Well - I'm late. I know I said I'd post next week the pics from our trip to Melbourne........but better late than never, right?

So, the big question is: did I do all that my friend dared me to?

But I did read The Courier Mail in a swank café - as pictured above.........and of course, it was easy to wear my Emily's Voice t-shirt around. 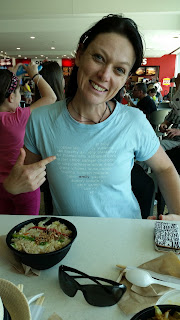 Did I ask a local about the lack of train from the airport to the city? YES - absolutely! He was very nice and said that I could catch a train, but it'd be a very long trip. He also said they're hoping to get a train line soon. I'm in the stripy dress - my husband was trying to be discreet about taking the pic! 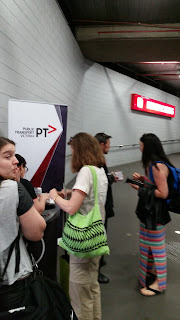 The closest we got to Batman Avenue was when we sat by the Yarra with a romantic picnic dinner at about 8pm at night. It was while we were there that my facebook friends messaged saying that they were in Melbourne and able to catch up - at a suburb north of where we were near Batman Avenue, so we went......and never ended up back down near Batman Avenue.

Was I relieved that I didn't have to run down Batman Avenue singing the old-school Batman theme song? 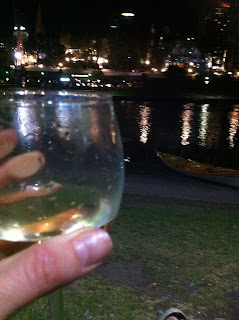 As I suspected, Melbourne won my heart. 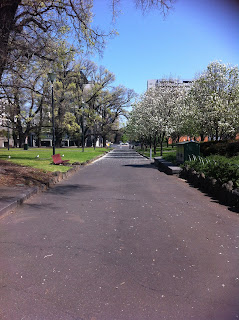 Beautiful city with loads of character. 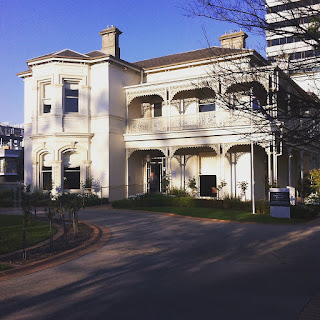 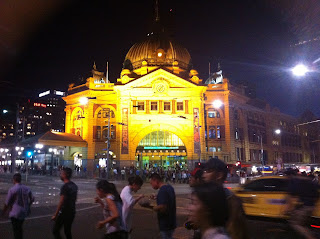 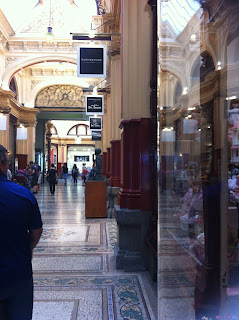 We checked out the Victoria Markets, Brunetti (yum!), Lygon Street and the night life with my brother-in-law and his partner as well as much walking, walking, walking around.

It was a wonderful break and so exciting to actually fly somewhere (thanks, QANTAS Frequent Flyer points!).

The best part of the trip?

Well, I have two best bits.

Hanging out with my man: 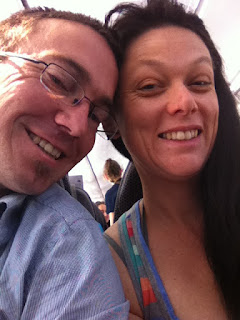 .......and having the pleasure of meeting my facebook friends in person! They're absolute champions for Jesus in their part of the world and it was so encouraging to meet them. 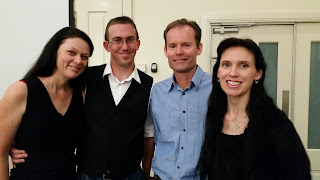